He graduated at the University of Perugia, Italy in 2008. He completed his trainee in General and Colorectal Surgery in 2015 gaining a diploma with honours and an MD in General Surgery from the University of Udine, Italy. Motivated by the international reputation of St Mark’s Hospital, Mr Leo has then moved to the UK and he has worked at St Mark’s from 2015 to 2018 as Specialist Registrar having a fellowship with Miss Carolynne Vaizey in Physiology and Neuromodulation. In 2020 he has achieved an MD at Imperial College of London, discussing a thesis on the diagnosis and treatment of faecal incontinence and preserves a strong research interest in this field. He has published around 50 peer reviewed papers and text book chapters on pelvic floor and colorectal disorders. He has presented widely on these subjects at national and international meetings. In 2020 he was appointed as Consultant General and Colorectal Surgeon at Northwick Park supporting the pelvic floor unit at St Mark’s Hospital.

Prior to his appointment at St Mark’s Hospital, Mr Leo was Senior Pelvic Floor Fellow for Professor Charles Knowles at the Royal London Hospital. 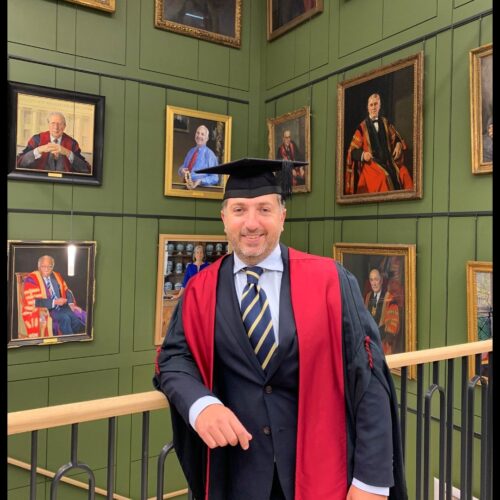 The most qualified, skillful and professional staff

Book an Appointment
Previous
Next

For consultancy enquiry please see the contact details below:

This website uses cookies to improve your experience while you navigate through the website. Out of these, the cookies that are categorized as necessary are stored on your browser as they are essential for the working of basic functionalities of the website. We also use third-party cookies that help us analyze and understand how you use this website. These cookies will be stored in your browser only with your consent. You also have the option to opt-out of these cookies. But opting out of some of these cookies may affect your browsing experience.
Necessary Always Enabled
Necessary cookies are absolutely essential for the website to function properly. These cookies ensure basic functionalities and security features of the website, anonymously.
Functional
Functional cookies help to perform certain functionalities like sharing the content of the website on social media platforms, collect feedbacks, and other third-party features.
Performance
Performance cookies are used to understand and analyze the key performance indexes of the website which helps in delivering a better user experience for the visitors.
Analytics
Analytical cookies are used to understand how visitors interact with the website. These cookies help provide information on metrics the number of visitors, bounce rate, traffic source, etc.
Advertisement
Advertisement cookies are used to provide visitors with relevant ads and marketing campaigns. These cookies track visitors across websites and collect information to provide customized ads.
Others
Other uncategorized cookies are those that are being analyzed and have not been classified into a category as yet.
SAVE & ACCEPT